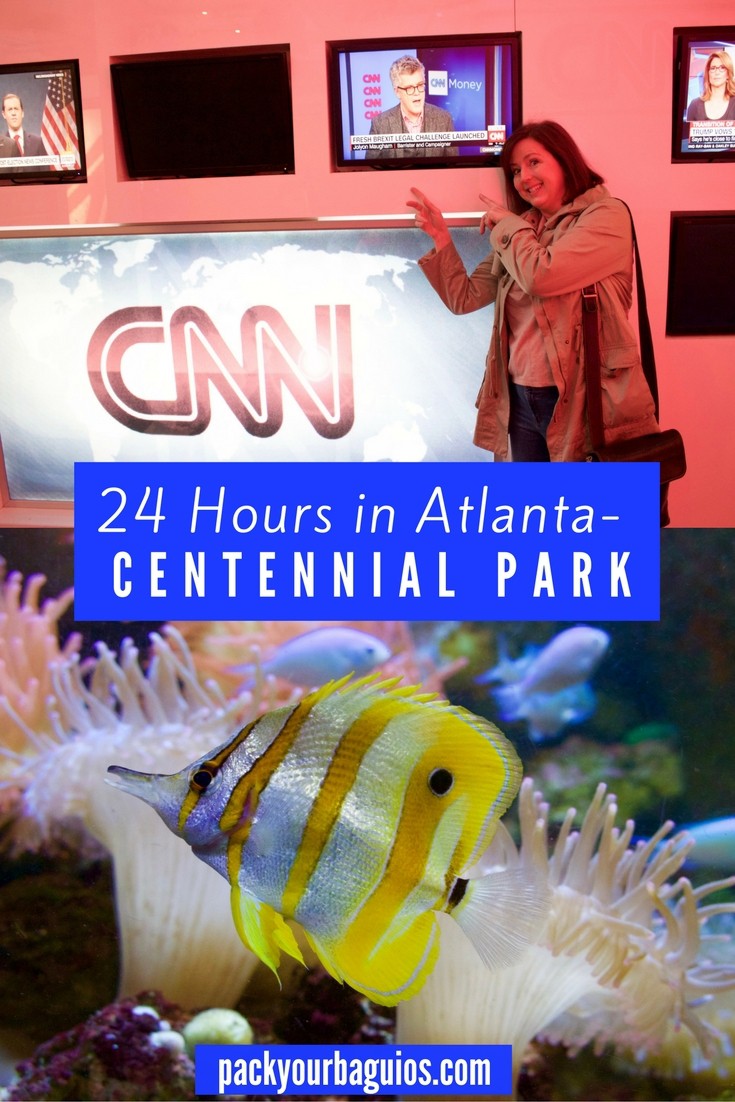 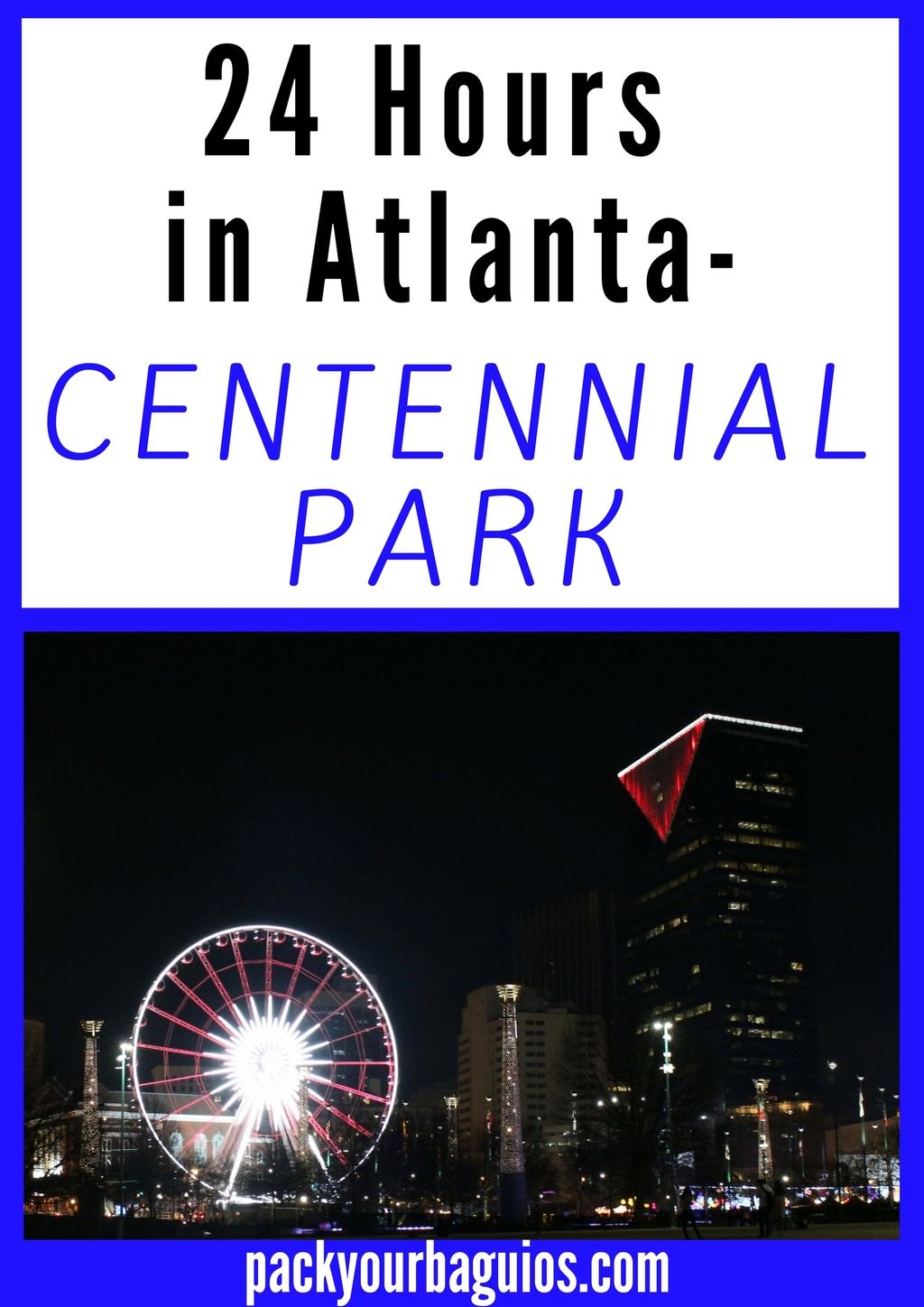 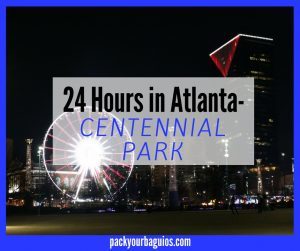 Sometimes a “Plan B” works out for the best.  We recently had to change our weekend road trip plans.  We had originally scheduled a road trip to St. Louis for Martin Luther King holiday weekend.  An ice storm stretching from Kansas to Missouri threw that plan out the window.

Atlanta is only 5 1/2 hours from our home in Memphis.  It had been at least 10 years since I’d been to Atlanta, and Joe had never been.  Even though it was crowded in Atlanta (MLK festivities, a big boat show convention, and a NFL playoff game), the weather was perfect.  We couldn’t have asked for a better, fun-filled weekend!  We spent our second 24 hours in Atlanta exploring Atlanta’s Centennial Park.

Here’s how we broke up our three days in Atlanta:

Summary of all 3 days ( read here)

Twenty years ago, this downtown Atlanta area was filled with vacant lots and abandoned industrial  buildings.  The transformation into a vibrant urban park started as Atlanta prepared to host the 1996 Olympic Games.  Since the Olympic Games, the park has become a center for some of the biggest tourist attractions in Georgia. 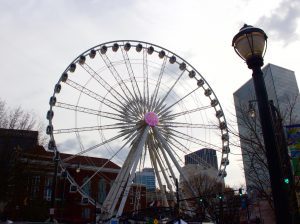 The day we spent at Centennial Park could have easily turned into two days.  At a perfect temperature of 81 F/ 27 C, the weekend of our visit, the park was filled with families playing football, throwing freebees, and picnicking (and yes, some homeless asking for money- but not aggressive).

Some of the attractions we didn’t have time to see in the area included: the Georgia World Congress Center, Georgia Dome, College Football Hall of Fame, Philips Arena, Imagine It! Children’s Museum of Atlanta, and National Center for Civil and Human Rights.  Even it we had the time, I don’t think our feet could have handled any more walking!

Parking- There is plenty of public parking available around Centennial Park.  Parking right next to the park varied between $10-$20 a day.  Parking prices jump up when there are events at the Georgia Dome or Phillips Arena.  Parking a few blocks away, the prices are cut in half.  We were visiting on a Sunday, so the metered parking was free.

A recreation of the pharmacy serving the first Coca-Cola 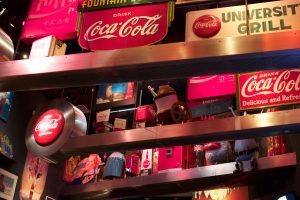 After your introduction to the history of Coca-Cola, you are free to visit each exhibit at your own pace and sequencing.  Our favorite stop was the Taste It! exhibit.  In this area, you can sample 100+ Coca-Cola beverages from around the globe.  The different beverages are arranged by continents in six huge soda dispensing stations.

Word of warning:  Sampling too many beverages  from around the world will lead to a sugar rush, then you’ll be crashing soon after.  We speak from experience! 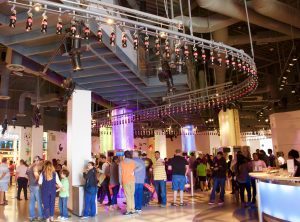 Taste It! 100+ different Coca-Cola beverages from around the world to sample 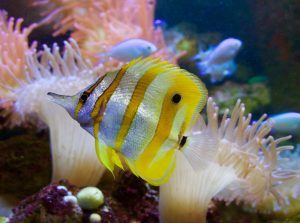 I could have watched this little beauty for hours, but there was so many other marine life to see!

Right next to the World of Coca-Cola is one of Georgia’s most visited and highest rated tourist attractions.  When first constructed in 2005, it was the world’s largest aquarium.  It has since been surpassed by Singapore’s Marine Life Park.  The Georgia Aquarium is still the largest aquarium in the Western Hemisphere.  This place is huge!  You can spend hours here mesmerized by the tranquil beauty of the over 100,000 animals.  The Georgia Aquarium is the only aquarium outside of Asia with whale sharks, and trust me, when these beauties swam by, I was blown away by their majestic beauty. 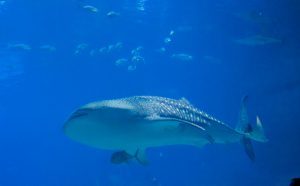 As a teacher, I was impressed with the wealth of information presented.  As an affiliate of the Smithsonian, the aquarium is a showstopper, but research, conservation, and educating the public seem to be top priorities. If you are looking for a quiet, peaceful way to spend your afternoon, the Georgia Aquarium isn’t to place to go.  We were surround by kids, crying tired babies, and frazzled parents, but I don’t care how old you are, aquariums are cool!  Seeing the awe and excitement through the eyes of all of the kiddos added to our enjoyment. 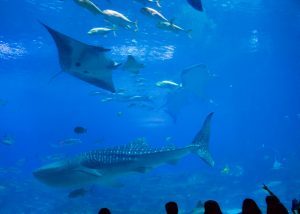 Loved seeing how the aquarium excited all of the children visiting!

Where to eat in Centennial Park?

Downtown Atlanta is a mecca for good eats!  As southern foodies, we wished we had been able to sample more of what Atlanta had to offer.  Being just five hours away, we’ll have to plan another road trip where we just focus on the Atlanta food scene.  With this trip we wanted to hit as many as tourist attractions as possible.

Luckily, there were plenty of fast, delicious choices close by.  Not only was there food available in the Georgia Aquarium, but right outside of the park boundary was plenty of fast options.  We went with Baja Fresh Mexican Grill, a good choice for taste and our budget.  We also had plenty of choices inside our next stop– The CNN Center.

The CNN Center is open to the public and contains the longest free standing escalator in the world.  The CNN Center opened in 1976, first as the Omni Complex and sat mainly vacated until CNN bought the building in 1987.  CNN then moved its new cable network from its original midtown Atlanta location to the Omni Complex. 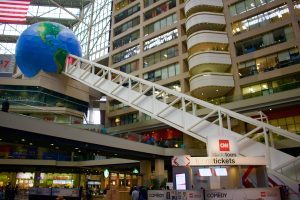 Longest freestanding escalator in the world!

Our City Pass packet had warned that CNN Studio Tour space was limited and advised to call ahead to reserve a spot.  Since the tour wasn’t a top priority for us and it was close to the aquarium, we just took a chance and stopped by.  Tours start at 9 a.m. and run every twenty minutes.  The large food atrium was a perfect place for us to grab a coffee while we waited for our tour to start.  It looked like around 10-15 people can tour at a time.  Security is tight!  There were only a few places where we could take pictures, and there are security guards everywhere!

We probably wouldn’t have taken the tour if it hadn’t been an option on our City Pass.  I’m go glad it was!  The tour lasts approximately 50 minutes, and I found it fascinating!  We were able to listen in on the director of the international broadcast and domestic broadcast.  These guys are like orchestra conductors with seamlessly changing from one shot to another, changing graphics and news ticker information without skipping a beat!

Seeing what the director sees during a live broadcast!

Skyview Atlanta is one of those attractions that you need to do once, but once is enough.  Built in 2013, this ferris wheel is 200 feet (61 meters) tall and has forty-one climate controlled gondolas.  Although it is much smaller than the London Eye, it still provided spectacular panoramic views of downtown Atlanta.

At $15 a person, it is in our opinion expensive for a 15 minute ride (four rotations).  Since we waited to ride it at night, we had a thirty minute wait to board our gondola.  You can bypass the line if you want to pay $50 for the VIP gondola, which has a longer ride, Ferrari seating (Ooh La La!), and a glass bottom.  Our wallets weren’t up for the VIP experience.  However, we were treated with a gondola to ourselves.  I read that all groups are seated by themselves, but I’d like to think that they saw us and just knew that we were special!  We were even given champagne to enjoy!  We had to pay for it, but that’s beside the point, right? 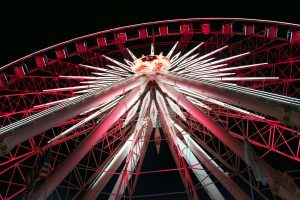 You have to ride the ferris wheel, Skyview Atlanta, at night!

Even though the wait is a whole lot longer at night, seeing Atlanta all lit up was what made it worth it!  The lighting on Skyview Atlanta utilizes  the same lighting system as the Eiffel Tower.  The Chinese New Year was being celebrated by a light festival in Centennial Park right next to Skyview Atlanta so we had an extra nighttime fest for our eyes!

Stayed tuned for our recap of Day #3 in Atlanta.  Don’t forget to check out 24 Hours in Atlanta- Northeast.  So have you been to Atlanta or want to visit?  Please share by commenting below! 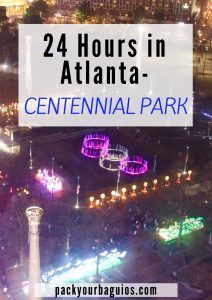