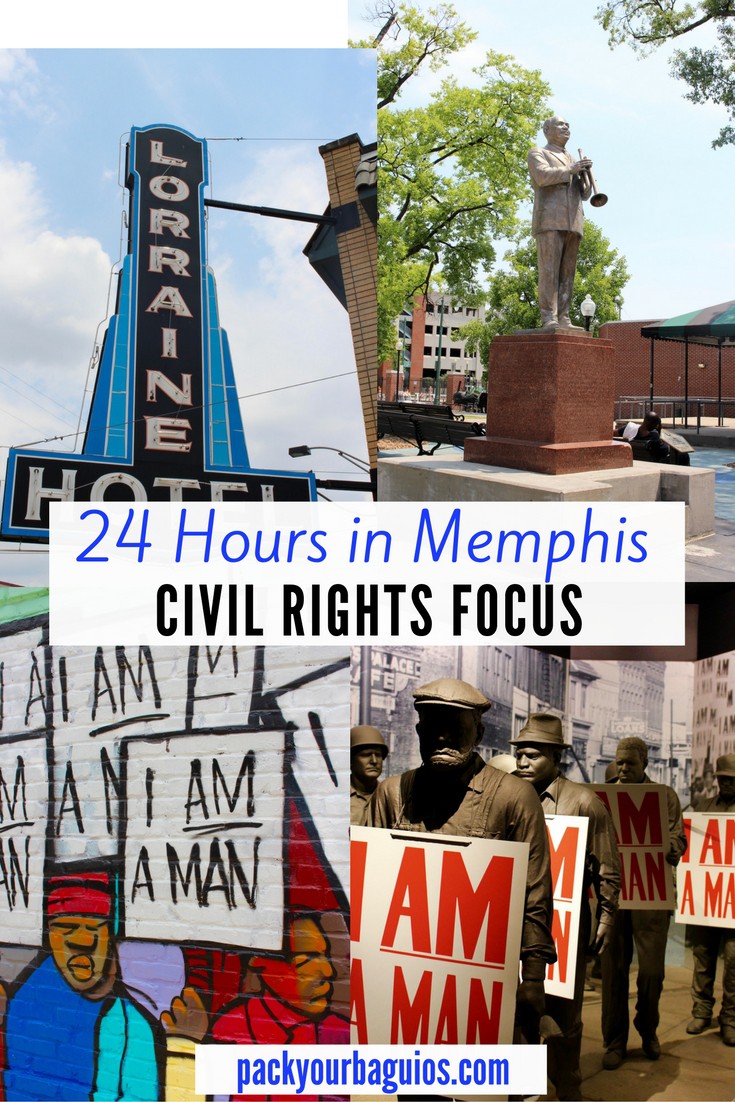 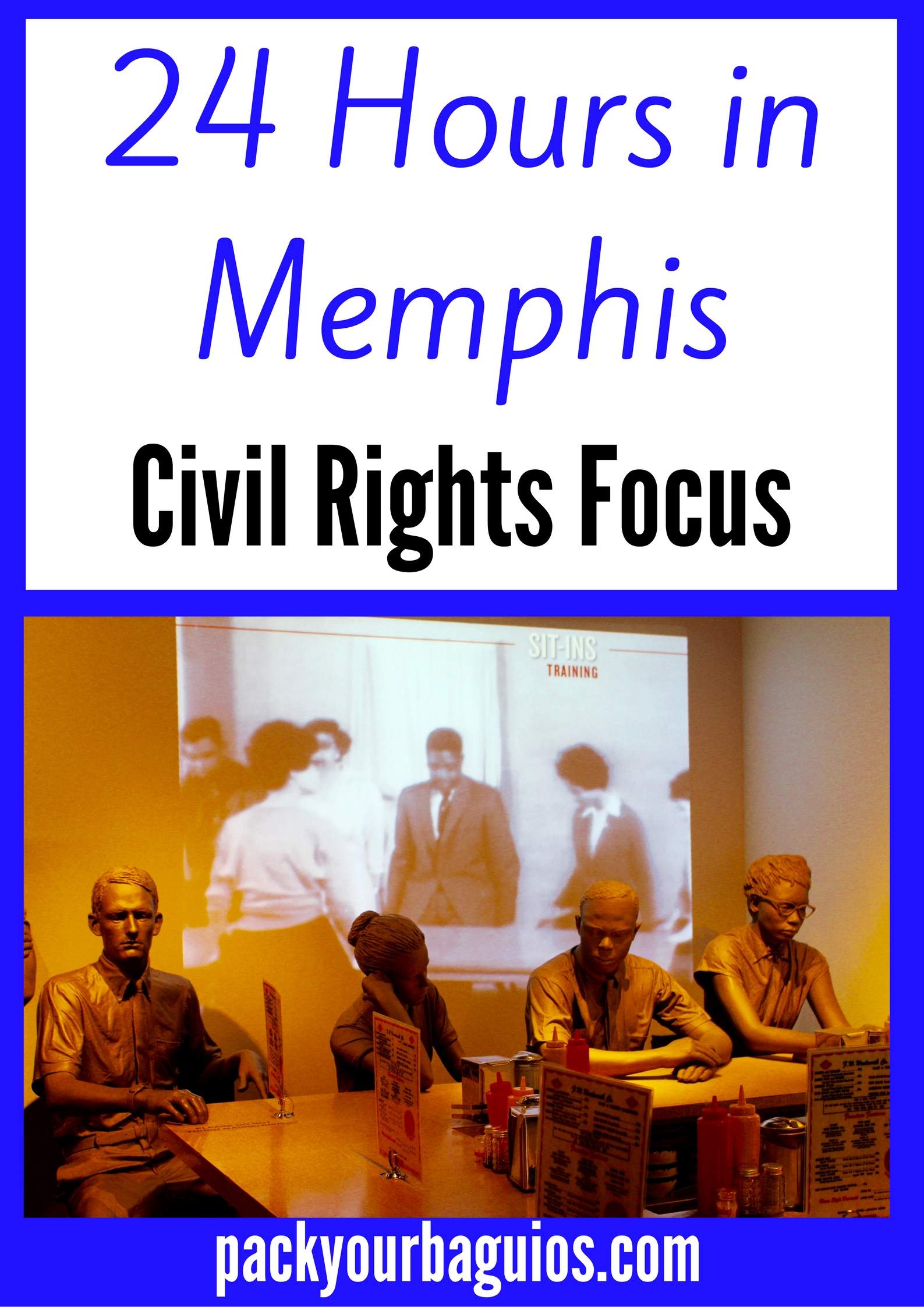 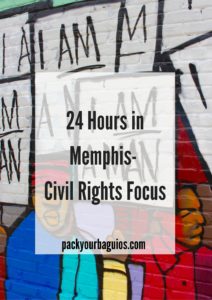 If you have been following our blog, you have seen posts about camping, cycling, and road trips.  However, sometimes the best trips are the ones right in your own hometown.  I have lived in Memphis for fifteen years and being a teacher I have seen quite a bit of my city (i.e., school field trips).  Even so, there were major attractions I have never seen like the big one–Graceland.

Recently my daughter made a comment about her college roommate coming to Memphis for vacation, and she couldn’t understand why anyone would want to come here.

There’s nothing to do in Memphis.

I decided to see if she was right and crossed off three “Memphis Vacation” days in my calendar and see my city through the eyes of a tourist.  Not only did I fill the three days full of interesting places and delicious food, but also ran out of time.  There were many highlights that as a “tourist”, I wouldn’t have time to visit.  I tried to focus on specific locations and interests.  So if I left off one of your favorite Memphis haunts, there will be additional posts in the future.

Here is how I broke up my three days touring Memphis:

Day 2- Read about “24 Hours in Memphis for Music Lovers”

Day 3- Read about “24 Hours in Memphis- Outside Downtown”

Park in the Civil Rights Museum parking lot before heading for breakfast.  Free parking is available for museum guests. To enter the visitor lot, turn north on Mulberry Street from G.E. Patterson Avenue.  After you park, walk back south on Mulberry Street to see this cool mural. 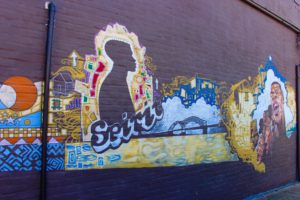 The Arcade is a Memphis institution.  Opened in 1919, it is the oldest cafe operating in Memphis.  This place is a local and tourist favorite.  Elvis was a fan, too.  Don’t be surprised if you have a 30-40 minute wait, especially in the morning.  Definitely try Elvis’s favorite, the fried peanut butter and banana sandwich. I added bacon to mine!  If you really want to feel the presence of “The King”, sit in the booth that has his picture on the wall, reportedly Elvis’s favorite table. 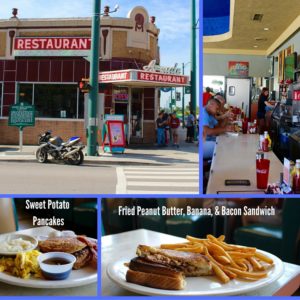 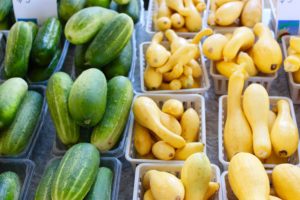 Walk one block west on G.E. Patterson St.  You will see the Memphis Farmers Market on your left.

Established in 2006, the South Main Street area market has undergone a revitalization.  There is live music playing continually which makes for a festive atmosphere.  Usually three to four food trucks station themselves on the south end of the market.  All of the market is covered by a huge pavilion making the market shopper friendly even during rainy weather. 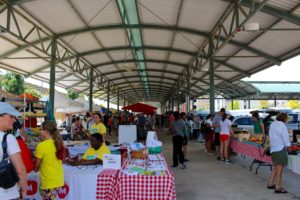 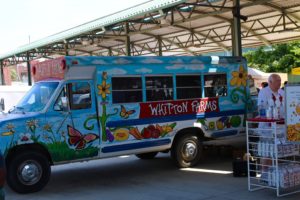 After the Memphis Farmers Market, head back east on G.E.Patterson and then turn north on Main.  Walk up the sidewalk until you encounter the vibrant “I Am A Man” mural.  The mural commemorates one of the most critical moments during the Civil Rights Movement, The Sanitation Workers Protest March on March 28, 1968.  Martin Luther King was in Memphis to lend his support of the sanitation workers when he was fatally shot on the balcony of the Lorraine Motel.  I love how the mural uses graffiti style to show the determination on the workers’ faces. 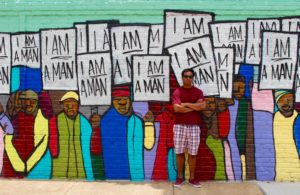 I love this picture of Joe in front of the mural.

I had toured the National Civil Rights Museum several times as a teacher, but it was a totally different experience visiting as a “tourist”.  The museum has also had a 28 million dollar renovation, making the exhibits more interactive with more personal stories.  Most moving for me was the preserved hotel rooms where Dr. King spent his last hours.  Save your ticket for the Legacy Building, across the street, where the assassin’s shot was allegedly fired. 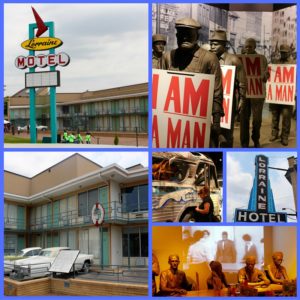 From the Civil Rights Museum either walk the .3 miles to Gus’s or take a chance and move your car closer.  I am lousy at parallel parking, so I just walked the four 1/2 blocks.

Gus’s is currently a 14 location franchise, but it started humbly over 60 years ago in Macon, Tennessee with a fried chicken recipe perfected by “Na” and Maggie Vanderbilt. 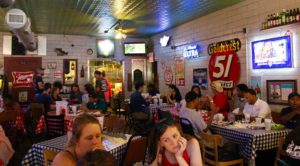 Eventually the recipe was inherited by Na’s only son,  Vernon “Gus” Bonner.  Loyal fan and Memphis native, Wendy McCrory grew tired of driving the forty mile route to get her weekly meal.  Eventually she opened the downtown Memphis location in 2001.

The amount of accolades Gus’s has received are way too numerous to list here, but you name it, they have the title.  One bite into their spicy, juicy fried chicken and you’ll be giving them your own award!  Get there early, or be prepared to wait.  Lines start forming around 10:45. 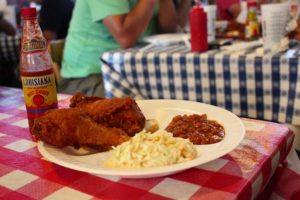 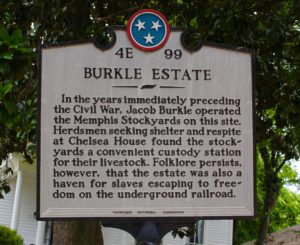 This little gem was unknown to me, until I started my research as a “tourist”.  The house is small and downtown Memphis’s revitalization hasn’t quite made it to this area, but don’t let that deter you from touring this museum.  The tour guides help you walk through the personal encounters during slave trade and the historic role this home played as a stop on the Underground Railroad.  You’ll hear chilling accounts of sacrifice and courage!  You can’t help but be moved as the tour guides make their way down to the secret basement where runaway slaves waited fearfully for their next leg of their journey.

About a 5 minute drive from South Main, keep an eye out for the museum sign, or you will miss it.  Parking is free on the street.  Enter the museum from the back of the house.  Photos are not permitted.  It can be crowded and hot in Memphis’s humid summers, but do not miss it! 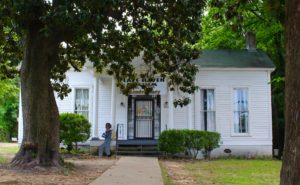 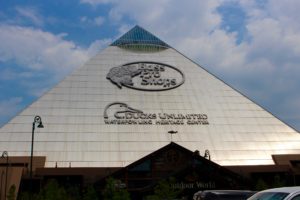 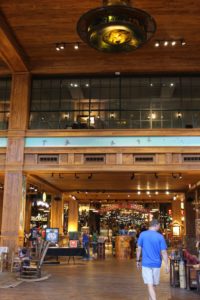 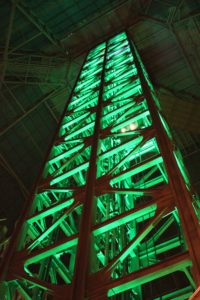 From the Slave Haven Museum, head back toward the river.  You can’t miss seeing the Memphis Pyramid, a huge fixture on the city’s skyline since 1991.  The building set empty for years until Bass Pro and the city leaders agreed on everything from stabilizing the structure to the size of the Bass Pro sign.  Now it is a tourist draw for miles around.

The Memphis Pyramid Bass Pro Shop opened its doors in April 2015.  It is one of the largest retail stores in the world.  The massive structure contains a store, a 103 room hotel, a swamp complete with real alligators, numerous aquariums, bowling alley, and two restaurants.

One of the biggest draw of the Memphis Pyramid is the 28 floor freestanding elevator (tallest in the United States).  At the top is one of the restaurants, The Lookout, and a breathtaking glass-floored observation deck.  From the observation deck, views are 300 feet above the Mississippi River and Memphis.  Cost to ride the elevator is $10 per person. 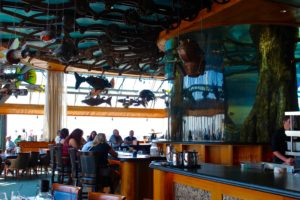 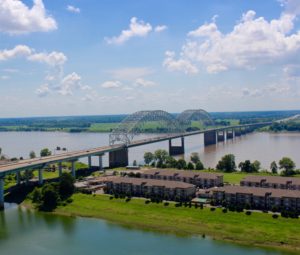 View of the mighty Mississippi from the observation deck

Next, drive to my go-to for parking downtown, Parking Can Be Fun parking garage.  Yes, that’s right,  parking can be fun at 79 Union Ave where most days you can park for around $5.  The most I have ever paid was $7 to park here.

Walk the four blocks south to Beale Street.  Beale Street at night with all of its neon lights is mesmerizing, but we’ll save that for day #2.  To get a totally different view of Beale Street, you have to see it during the day.  Totally family friendly during the day, to miss Beale Street is to miss the heart and soul of Memphis. 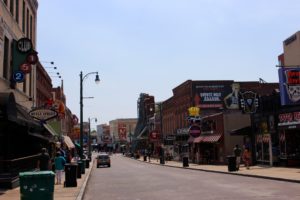 Beale Street during the day

Beale Street began as a development opportunity by W.C. Handy who went on to become the first black millionaire in Memphis.  Free music is played every afternoon and evening in the Beale Street park named in his honor.  You can also tour W.C. Handy’s house/museum, located on the corner of Beale and 4th Street.

During the 20th century, Beale Street became a haven for aspiring musicians and a style of music developed that became known as the Memphis blues.

One of my favorite shops on Beale Street is also the oldest original business.  Established in 1876, it has continued to offer a little bit of everything.  Kids will especially like all the funny hats and the museum located on the second floor.  The soda fountain is a blast from the past and a delicious treat, too! 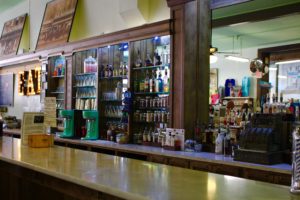 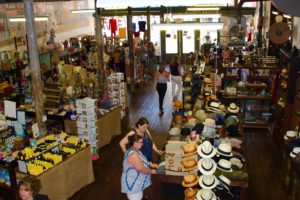 A. Schwab’s Motto: If you can’t find it at A. Schwab’s, you’re probably better off without it.

For dinner, most places on Beale Street serve up fantastic food and drinks.  Can’t go wrong, staying there.  IF you want to eat at a Memphis institution, a meal at Rendezvous is in order.  From Beale Street, walk north on B.B.King Boulevard.  Turn left on Union, then right at the first alley.  That’s right Rendezvous is in an alley basement.  Talk about atmosphere!

Memphians either love Rendezvous or think it is overrated.  Joe and I happen to love the charcoal goodness of Rendezvous ribs and pulled pork.  If you are a beer drinker, order a Memphis brewed beer.  Our water (from deep artesian wells) is some of the best tasting in the world which makes for excellent beer brewing.

At Rendezvous, you won’t find better service anywhere!  Most of the cooks and waiters have been there for decades.  You will leave feeling like you’ve know the staff forever. 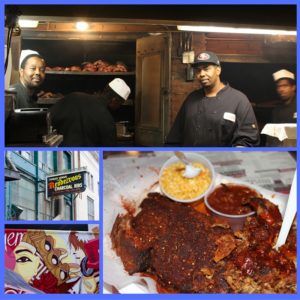 Important Information:  in the alley, downstairs, behind 52 South Second, hogsfly.com

Still up for more?

Any summer night in Memphis is a great night for minor league baseball.  Just 1/2 a block from Rendezvous is AutoZone Park.  AutoZone Park is home to the Memphis Redbirds, a triple-A affiliate of the St. Louis Cardinals.  It’s a beautiful park with seats for every budget, from the cheap, lawn-sitting areas to club level seating complete with buffet bars.  As for me, you’ll find me behind the outfield, munching down on the park’s legendary barbecue nachos.

If baseball is not in season, check out Memphis’s NBA team, The Grizzlies.  Just 30 minutes south of Memphis, you can see the fast paced minor league hockey games with The Riverkings. 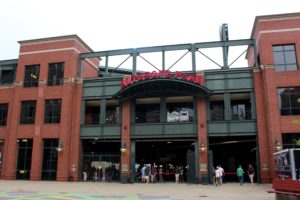 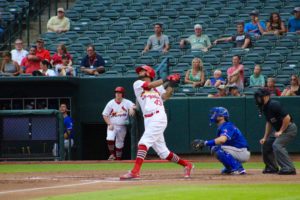 I want to thank all of my Memphis friends for their recommendations for this post.   I know I have left off a great number  of attractions, but one can only cram so much into one day.