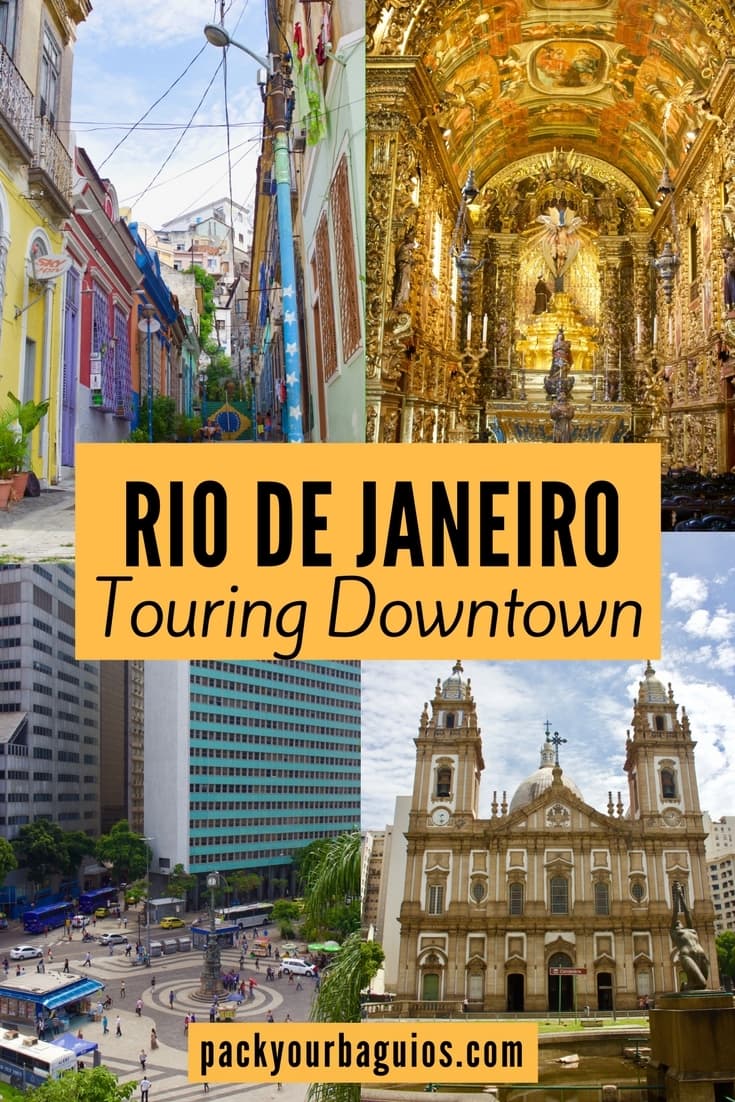 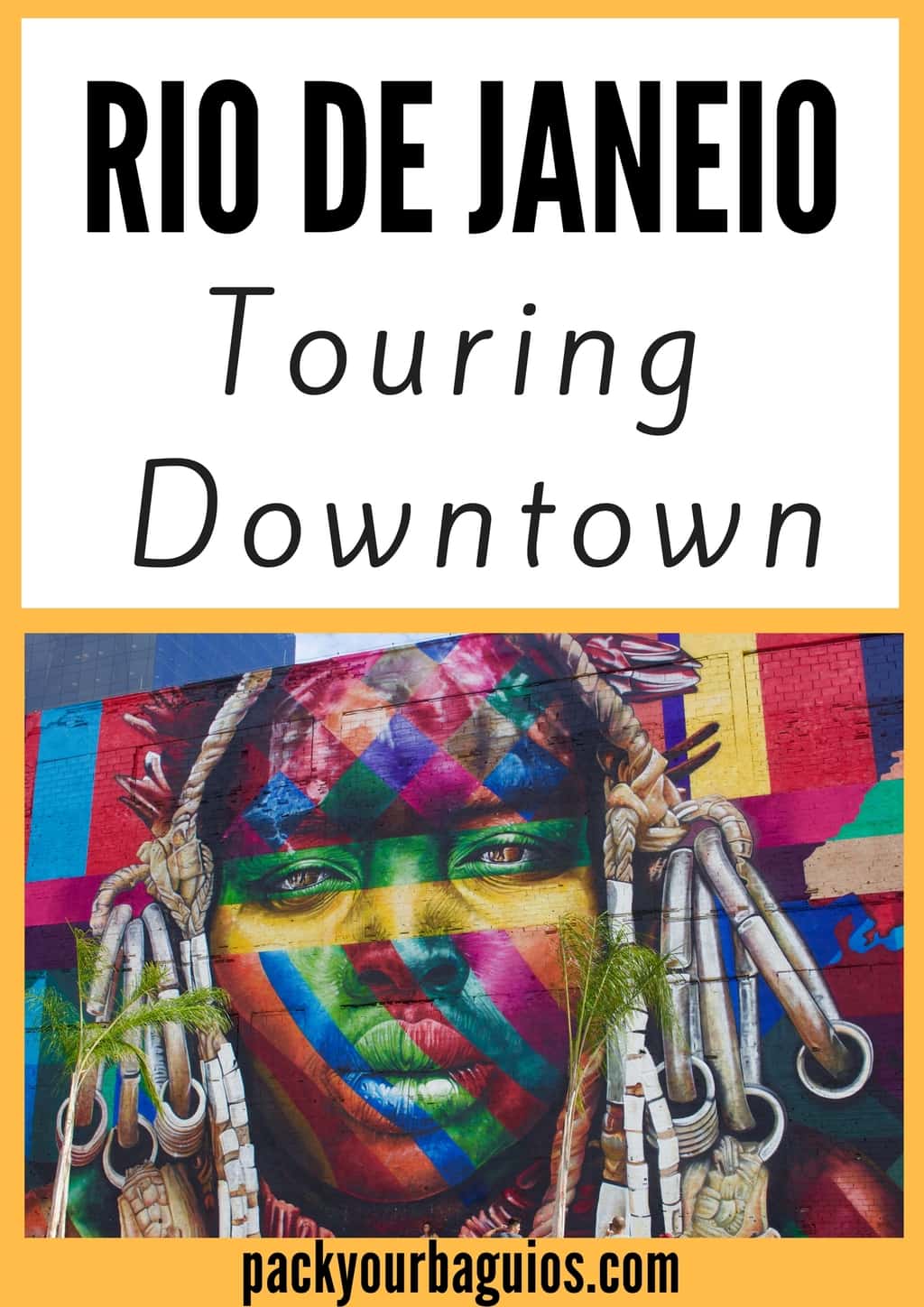 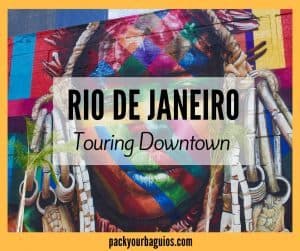 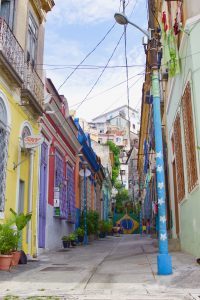 Take some detours to walk down some of the old, colorful Rio streets!

Although Rio de Janeiro is known for its beaches, no visit would be complete without touring the downtown area.  Referred to as “Centro,” the downtown area of Rio is home to many tourist attractions. Centro is where Rio de Janeiro first started to grow.  Nowhere is the diversity of cultures more evident than in the architecture of Rio’s many historical buildings.  Within the same block, you can see examples of European, American, and Latin influences.

When we were visiting Rio, I was celebrating my 50th birthday.  My Brazilian “sister” gave me the best present a history teacher like myself could dream of, a tour of downtown Rio with an English speaking local history teacher as our guide.  Having a local expert guide you on a walking tour is about as good as it gets!

8 Must Sees in Rio

Everything About Rio’s Beaches

A good place to start a tour of Centro is at Praça Floriano (known to locals simply as Cinelândia).  This plaza is the political heartbeat of the city and the most common place for protests.  From here you can see Theatro Municipal (Municipal Theater) and Biblioteca Nacional (Brazilian National Library).

Built in the early 1900s, Theatro Municipal is considered one of the most important and beautiful theaters in the country.  Built in the style of the Paris Opera House, it is still the main venue for fine arts in Rio.  Tours are R$10. 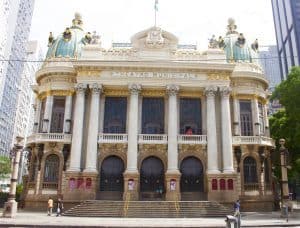 Continuing along  Avenida Rio Branco is an area where numerous movie theaters sprung up in the 1920s.  Many are still operational and make for a relaxing step back in time.

Also along Praça Floriano is the National Library of Brazil, the largest library in Latin America and the 7th largest library in the world.  It houses more than 9 million items.  It was established in 1755 after Lisbon suffered a major earthquake, destroying many of its prized books.  The Portuguese then started moving its most valued literary works over to Brazil.  Be sure to take a few moments to step inside to marvel at the architectural opulence!

(Convent of St. Anthony’s)  St. Anthony’s is a Catholic monastery of the Franciscan Order.  Dating back to 1615, it one of the oldest and most important colonial remains of the city.  It is rich in colonial art and Portuguese tiles. 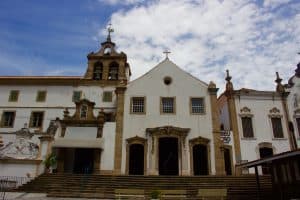 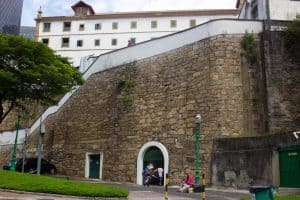 These wall stones were used to weigh down Portuguese ships sailing across the Atlantic Ocean.

(Church of St. Francis)  Located beside St. Anthony’s, our tour guide told us that this gorgeous church is one of the most overlooked treasures in Rio de Janeiro.  Sure enough, we were the only visitors on the day of our downtown tour.  The chapel was built on and off between 1657 and 1772 for the friars’ personal worship space.  It is considered one of the richest examples of baroque art in Latin America.  You can tour the chapel for R$10 (around $3 US). 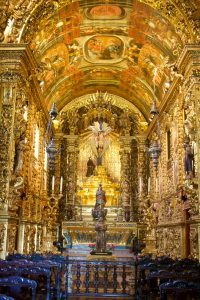 This legendary tearoom opened in 1894.  The architecture is a mix of art nouveau and belle epoque.  The mirrors are from Belgium, marble was imported from Italy, and the furniture was made from fine Brazilian jacaranda wood.  Think richness combined with “look at me” attitude.  The tearoom was a regular meeting place for intellectuals, artists, and politicians. 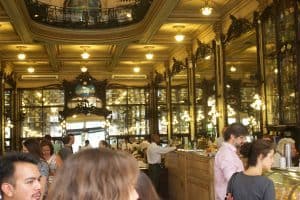 View from the bar area

You can eat at the Bar Jardim by selecting a pastry or dessert from one of the many display cases, or in our case, rest your weary feet and order from the menu at the tables in the back. 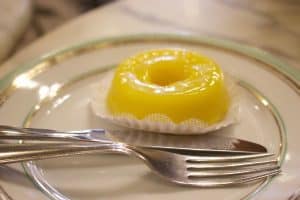 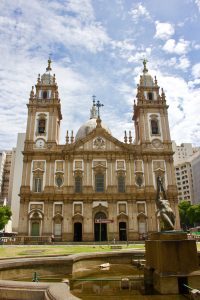 (Candelária Church)  This Catholic church was built in 1630 and is one of Rio’s earliest houses of worship.  The current architecture dates from 1775.  The inside is beyond beautiful and to get married here, well, you pretty much need to be super rich.  I didn’t want to take a picture inside because noon mass was being held during the time of our visit.

(Nautical History Museum)  Straight ahead of Candelária Church is the Nautical History Museum and an area of Rio unrecognizable from pre-Olympic days.  This area use to be unsafe.  Everything was totally revitalized for the Olympic Games.  There was even a bridge crossing the harbor that was removed!  It was in this location that many of the Olympic rowing events took place. 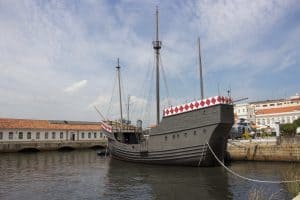 (Museum of Tomorrow)  Continuing left down Boulevard Olímpico you’ll see the Museum of Tomorrow (read 8 Must Sees in Rio for more details).  The museum is only a year old.  It is the perfect place to cool down and relax in the afternoon. 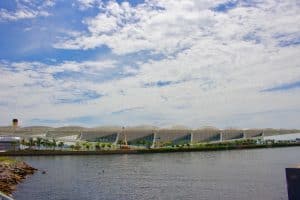 Museum of Tomorrow juts out into the harbor. It’s a huge building so you can’t miss it!

Also sometimes referred to as “Todos somos um” (We Are All One), this massive mural was unveiled just a few days prior to the start of the 2016 Olympic Games.  The mural is now in the Guinness book of world records as the largest spray-painted mural by a team in the world. At 51 feet tall and 560 feet wide (15 x 170 meters), the mural depicts five indigenous tribes from five different continents.  The artist chose the number five to correspond with the five Olympic rings.

Across from the mural, you’ll find numerous food trucks and souvenir vendors.  This is also where cruise ships dock, so if you’re arriving for the day, it is a great spot to start a downtown tour or hop on one of the light railway trains or the metro heading towards Rio’s many fantastic beaches. 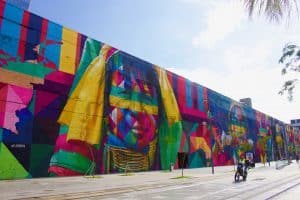 A picture can’t possibly capture the grandeur and beauty of the Etnias Mural. 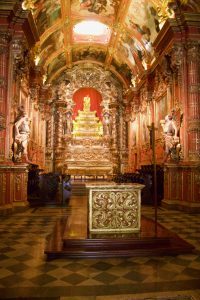 St. Benedict’s is still an active, working monastery, and the attached high school is one of the most prestigious in the city.  Public mass is said daily, and the monks conduct a full Gregorian chant at 10 a.m. every Sunday.  The interior of the church is fully lined with gilded carvings from the baroque style of the late seventeenth century with some rococo thrown in for good measure! 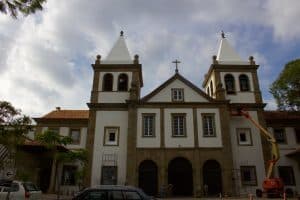 As you can see from setting sun in the picture above, our tour lasted us well into the late afternoon.  We’re talking about six hours of nonstop information and historical landmarks by our wonderful local tour guide (and it was as hot as blazes!).  I highly recommend an “easy” day at beach following a long walking tour like this one. 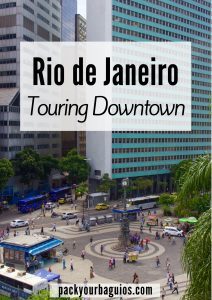